How much money do golf caddies make? We’ll explore in this article how much both amateur and professional golf caddies get paid as well as bonuses and expenses. Let’s get started!

How much do caddies make in general?

The amount of money a caddie makes depends on whether it’s amateur or professional golf, the course and country, and the level of expertise or seniority of the caddie.

Apps like “Caddy Now”, created to pair amateur golfers with caddies (similar to what Uber does), divides caddies into Junior Looper, Looper, Pro-Looper and Fore Caddie, depending on the level of expertise and services provided.

For instance, a Junior Looper would typically be a high school golfer who just carries the bag during the weekend, whereas the Fore Caddie would mostly be a veteran who also entertains, reads the court, finds the ball and cleans clubs.

The money amateur caddies make varies. It can be as little as $20 for a round or up to $100 or even more, excluding tips.

As mentioned above, this depends on the golf club, the country and the experience of the caddie. Caddy Now, for instance, offers the services of a young less experienced caddie for $20-40 per round, and those of a veteran caddie for $70-170.

A golf loop takes around four hours so the hourly rate of a caddie could be somewhere between $5 and $40 depending on the level of experience.

These numbers do not contemplate tips, an important part of the caddie’s wage. Tips can be anywhere between $5 and $50 although most people agree that $20 is a reasonable amount.

Tips depend not only on the services provided by the caddie during the loop but also on his or her attitude. Speaking with the Club’s head caddie or staff manager before is always a good idea since fees may be flat or suggested.

How much does a pro caddie make?

Let’s take Brooks Koepka’s caddie, Ricky Elliot, who has been working with the number 1 PGA player over the past 6 or 7 years.

The couple is an example of a trustworthy, durable and solid relationship, something a pro player usually looks for.

As we can tell from Kuchar’s incident (read more details at the end of the article), caddie’s job should be taken seriously and well-compensated. So how much do pro caddies make? 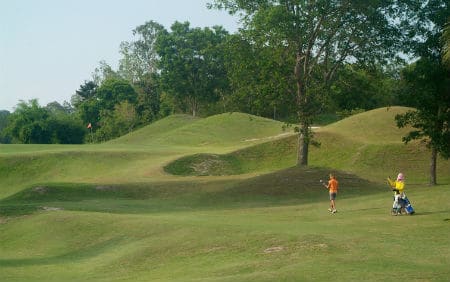 Although the number is not usually disclosed, we can get an idea by knowing how much players earn.

The usual arrangement is that caddies would take between 5 and 10 percent of the golfer’s reward in each tournament.

Let’s take Koepka’s 2019 season as an example. According to PGA, he made more than $9.5 million in the past season, with three winnings and an impressive number of top 10s.

Assuming that Koepka’s caddie arrangement is near to 10 percent, it’s not absurd to think that his earnings were around $950 000.

Again, this depends on the specific deal the player has with his or her caddie. Such a deal normally includes a standard base compensation which can range between $1000 and $2000 for each tournament (from Thursday to Sunday, although the caddie is expected to explore the course by Monday and work on practice rounds after that).

For LPGA the amount can be closer to $1000 and for PGA closer to $2000. This amount prevents caddies from not receiving any money if the player misses the cut.

In other words, a pro caddie is rewarded with a base salary and a success fee for every game. Such a fee can be around 5 percent if the player is not in the top 10, 7 percent if he or she is, and 10 percent if there’s a victory.

Do caddies have to pay their expenses?

And what about accommodation, meals and beverages, transportation and clothes? These expenditures are included in the caddie’s base compensation.

Only a few enjoy the benefits of private jets, rented houses and healthy meals. Tournaments in places like Asia or Europe increase the costs for the caddie since flight tickets are expensive. It’s not uncommon for the pro player to bear with these costs.

Caddies are independent contractors so they must pay for their own health insurance, taxes, off weeks and not to mention retirement funds.

The PGA Tour doesn’t set standards for caddie’s payment. All of this makes professional caddying a risky and uncertain job.

There are a bunch of professional caddie associations, especially in the US and Europe, that work to educate the public about the job, help them with additional income opportunities and benefits, or even create sponsor programs for caddies like the one just implemented by the European Tour. 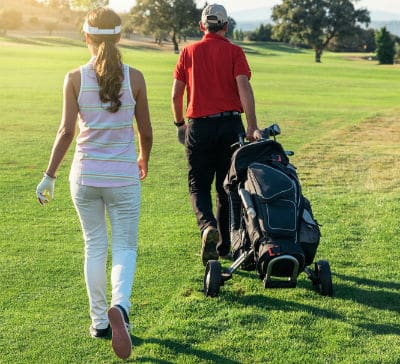 What does a golf caddie do?

Golf caddies do much more than just taking the golfer’s bag and delivering the clubs.

They are usually experts in the game, know its rules and the golf course they walk: where’s the sand, the water, what’s the green like, the distances and wind directions.

They take notes, have a bunch of tees and balls ready for the player, clean the clubs, rake the bunkers, replace divots, keep the bag well organized and make suggestions to the golfer.

Caddies also keep sight of the ball every time. And they do all of this silently and without interfering. In other words, caddies help golfers make the game more pleasant and enjoyable.

This episode during the 2019 Mayakoba Classic rekindled the controversy around caddie’s salaries. Mr. Kuchar had no caddie at the beginning of the tournament so he decided to use someone local.

That guy was David “El Tucan” Ortiz, a veteran local looper who caddied for him. Kuchar eventually won the tournament and El Tucan received an envelope with only $5.000 in it.

That was not even close to the winning fee they had agreed to and what’s normally paid in the PGA Tour.

After Kuchar’s denial to pay accordingly, the organization of the Mayakoba stepped in and try to get the right money for El Tucan, which was received after a series of unfortunate declarations by Kuchar and a scandal on social media.

Even then, the final payment was below 5 percent of the money Kuchar collected, far beyond the standard 10 percent. 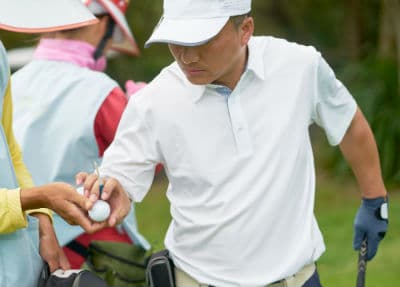 So, how much do the pro and amateur golf caddies get paid?

Players and caddies win and fail together. It is evident that they should be compensated fairly.

Top golf caddies can make as much as 10 percent of the money their partners make, whereas amateur caddies rely on having a nice loop and a generous tip.