The best golf balls can compensate for your slow swing speed whether you’re a beginner or a senior player. After all, golf wouldn’t be complete without a ball that you’re supposed to hit with any of your clubs until it shoots inside a hole.

Not all golf balls are created equal though. To help you decide which one to buy, three golf balls aimed towards players with slow swing speed have been reviewed below until only one gets chosen as the best among the rest.

You may also like: Best Golf Ball for Mid-Handicapper  and Best Fairway Woods for Seniors and thouse who are in their second (or third youth).

If you want to take another step towards lowering your scores then you might want to invest in a rangefinder. It doesn’t have to break the bank – read our budget rangefinders article to see what are the best affordable rangefinders on the market.

You may have previously dismissed shopping for golf balls as an afterthought, especially as an estimated 300 million of them get lost or discarded in the United States alone each year as CNN had reported back in 2009.

It’s not surprising then that so many reviews tend to focus on golf clubs, especially as new technologies designed to help players get the most out of each shot that they make are being developed every year.

But even if you decide to play using a club specially designed for slow-swinging players like you, your shot may still fall short if you’re using an ordinary golf ball. Thus, you would want to consider these three C’s once you start buying a set of golf balls for slow swing speed:

Appearances can be deceiving as what might look to you like an ordinary golf ball is, in fact, a state of the art piece of golfing equipment.

When you hit a golf ball with a club, the former doesn’t retain its original round shape upon impact with the latter which is what compression is about.

The outermost layer of a golf ball – otherwise known as covering – also has an effect on its spin and control.

Which Golf Balls for Slow Swing Speed Should You Buy in 2019?

Choosing the right golf balls for slow swing speed can do wonders to improve your gameplay and help you appreciate the sport more.

To help you make a more informed decision as to which dozen golf balls to buy, three sets that cater towards slow-swinging players have been featured and reviewed as follows:

Japanese golf equipment manufacturer Srixon has been making golf balls that cater to players of various skill levels since 1930. More than eight decades since they first started making golf balls, Srixon had recently put out the fifth iteration of the Z-Star. See more photos.

Another Asian golf equipment manufacturer has been making waves in the golfing circuit as South Korean company Volvik has released its Crystal brand of golf balls. See more photos.

Golf is all about achieving the maximum distance possible per stroke so that you don’t have to make too many shots until you can shoot the ball in a hole. The Callaway Warbird aims to fly as freely as it can every single time you hit it with your club. See more photos here. 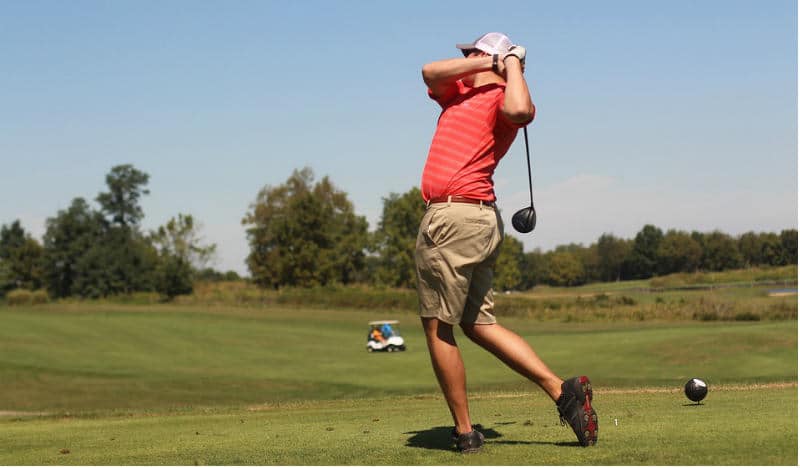 So, what are the best golf balls for slow-swinging seniors and beginners in 2019?

After weighing both the pros and cons of three golf balls made with slow-swinging players like you in mind, it has been decided that the Srixon Z-Star is the best golf ball for slow swing speed seniors and beginners with its ideal compression level and spin ability.

The Callaway Warbird comes in at a close second with its slightly higher compression level – the maximum number in the compression range suitable for slow swingers – and ability to cover a wide distance much like its namesake.

It’s entirely up to you then if you’ll stick to buying either the Z-Star or Warbird in plain white or break tradition and go for yellow.

You might also want to read: Callaway Supersoft vs Titleist Pro V1 (the result will surprise you)